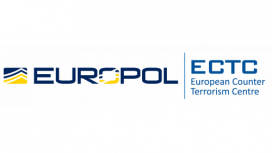 Europe is currently facing a vicious, new form of international terrorism. The clear shift in Islamic State’s strategy of carrying out special forces-style attacks in the international environment, with a particular focus on Europe, as well as the growing number of foreign terrorist fighters, demonstrates the new challenges facing the EU and its Member States.

To ensure an effective response to these challenges, in January 2016 Europol created the European Counter Terrorism Centre (ECTC), an operations centre and hub of expertise that reflects the growing need for the EU to strengthen its response to terror.

Designed as a central hub in the EU in the fight against terrorism, the ECTC focuses on:

Understanding Terrorism and the Terrorist Threat

Homeland Security & Cybersecurity Connection - It's Not About the Terrorists