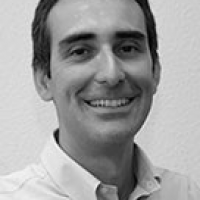 Matteo E. Bonfanti is Senior Researcher at the Center for Security Studies. He holds a PhD from the Scuola Superiore Sant’Anna di Pisa. Matteo’s research activities focus on the governance implications generated by targeted initiatives adopted by the EU and its Member States to foster their internal security. These include the development and adoption of new technical, technological and organisational solutions to enhance policing and intelligence cooperation, cyber-security, as well as crisis and emergency management. Before joining the CSS, Matteo was researcher at the Institute of Law, Politics and Sustainability of the Scuola Superiore Sant’Anna, the Centre for Science, Society and Citizenship in Rome, and the Central European University in Budapest. In 2008 he served as research assistant at the office of the European Data Protection Supervisor (EDPS) in Brussels. Matteo has been actively involved as researcher in several EC and EDA funded projects the field of security (counter-terrorism, crime prevention, border security, cyber-security) since 2010

M.E. Bonfanti, Collecting and Sharing Intelligence on Foreign Fighters in the EU and its Member States: Existing Tools, Limitations and Opportunities, in A. de Guttry, C. Paulussen, F. Capone, Foreign Fighters under International Law and Beyond, Springer, The Hague, 2016, pp. 333-353.

M.E. Bonfanti, Enhancing Cybersecurity by Safeguarding Information Privacy: The European Union and the Implementation of the "Data Protection by Design" Approach, in ARES 2018 Proceedings of the 13th International Conference on Availability, Reliability and Security, 2018, at https://dl.acm.org/citation.cfm?id=3233289.